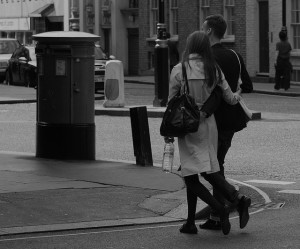 Short answer? Sometimes. But not as often as people in them think they will. In fact, it’s pretty rare that two people in an affair end up married, and are still married after 5 years. Those that do marry face this sobering statistic: They are twice as likely to end up in divorce than marriages that didn’t start out as an illicit relationship.

This is for those of you who think you are with your true “soulmate” in an affair. Who believe that you are special. Magic. That if it wasn’t for one or both of you being married that you’d be together legitimately and living happily ever after.

And a lot of people must think that a long term relationship with their Affair Partner is likely — because this question is the number one search engine term that lead people to my blog. Every single day.  They all want to know whether they will end up married to their Affair Partners.  The illusion is necessary for many to keep a relationship going that is deceitful and illegitimate by its very nature.

I know, because I was there. I believed in all of it for a while. I’m one of those hopelessly, ridiculously romantic and sentimental guys who believed that while what I was doing was absolutely wrong, I couldn’t help myself. There was something “magic” in my relationship with her. Something bigger than me. Something long-term and inevitable. I really believed this for a while. 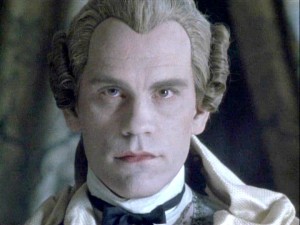 To quote John Malkovich in “Dangerous Liaisons,” it felt like it was “beyond my control.”

Some experts say that a relationship that started as an affair can work—but it’s the exception and not the rule. “Every now and then, an affair is a matter of two star-crossed lovers finally finding each other. They were never the ‘perfect’ match with their spouses or exes and everything works out despite the upheaval of breaking up, divorcing and pulling families apart.”

However, this is by far the exception.

Here are some sobering statistics (although I can’t vouch for the source or their veracity, I’ve seen these stats pretty similarly at a number of sites):

1. Depending on which sources I found, it’s estimated that only 1%-10% of married men who have affairs end up leaving their spouses and marrying their affair partners (I haven’t found a stat for married women).  I don’t know the validity of these stats, but they feel like they are probably right.

2. Over 75% who marry partners they were in an affair with eventually divorce. (of course, this isn’t much higher than the divorce rate for any second marriage. Still, it’s sobering).

3.   80% of those who divorce during an affair regret the decision.

So putting that together, it doesn’t look so good. For every 100 people who have an affair, anywhere from 1-10 of them will marry their Affair Partner. Of those, statistics say that 75% will divorce within 5 years. So that means, MAYBE 1-3 out of 100 live “happily ever after” with their affair partner after leaving their spouse.

One study I read stated,

“If an affair replaces the marriage, it is subject to the same emotional stresses as the marriage but is twice as likely to fracture.” And “The divorce rate and ratio of infidelity are much higher among marriage partners (whose relationship began in an affair).”

So why then do so many people in affairs often believe that their relationship is “meant to be” and will blossom indefinitely? One of the draws of the affair is that you’ve met that someone who totally “gets” you. Who is meeting virtually your every need. Who understands you. The time together is almost always characterized by unbridled joy and excitement. And over time you assume, why wouldn’t that continue if I was with him/her?

But this is just a poorly-reasoned, self-justification in your head to provide the emotional rationale for why you are cheating in a lot of cases. If you are with that person that you think you SHOULD be with, but are trapped because of your life circumstance, then why shouldn’t you be? You are those “star-crossed lovers.” And if you truly love someone else — even if in an adulterous relationship, then how can it really be “wrong”? You love and do what you will.

But also it’s the hook for the two people involved. If there isn’t a possibility that it’s going to be anything more than it is, then it’s hard for one or both partners to stay engaged in the affair. Especially if one partner in an affair is single.

Few people really want to be “the Other Woman” or the “Other Man” indefinitely. It’s usually a lonely existence. Everything is a secret. You have your married partner only occasionally, and then they are gone. In another place. Sleeping with their spouse. If there wasn’t a possibility that you could “partner poach” (steal the person from their spouse), most won’t stay for very long. There are exceptions — I know a couple like this – both married. They have carried on an an affair for something like 15 years and have no intention of leaving their spouses for each other. They get what they need for each other and are satisfied. But this is the exception. Few people want to be someone’s mistress or “boy toy” for very long.

It’s not that your married affair partner was necessarily lying to you (although they might be in order to keep you in the game) — they may honestly and truly believe that you two will some day be together. But, as with me, when the shit hit the fan, I could not overcome the leap of faith it would’ve taken me to devastate my family, and move in with my OW — knowing the  financial, familial, societal difficulties associated with fracturing a family via an affair. Carrying the guilt.   Knowing the long odds of my relationship with the OW truly surviving for longer than one year. I woke up from the “Affair Fog.” Reality has a way of shattering fantasies, no matter how long they have survived or how deeply love is felt.

And for cheating partners, you have to believe in your mind that your love affair has a deeper meaning, and you can totally picture yourself moving into a legitimate relationship or marriage with this person. If you don’t, then your affair probably doesn’t have much more meaning than sex. Anyone who is truly romantic believes in destiny and a future with someone where everything “clicks.”

But the odds are against it. Most affairs are discovered or collapse under the weight of frustration, guilt and unrealized expectations on their own accord within a few months. For most Other Men and Other Women, the affair ends up in pain and frustration. Few married cheaters will end up marrying their Affair Partner, and the tenuous nature of any second marriage, let alone those that were started in a web of lies and deceit, means that few survive for very long.

So why don’t they work out in the long-term? This question has many answers and opinions.

1. Because you’re in a relationship that started out as a big lie, and needs continuous deception on the part of one or both to maintain it, and that’s hard to overcome in a legitimate relationship — the realization that one or both partners has a talent for, and history of, deceiving their primary partner and believes that affairs are apparently an appropriate response to a poor relationship. Trust becomes a huge issue and a weight that hangs over the relationship that is no longer an affair.

2. Because once you’re in a legitimate relationship, the excitement and sexual tension in the affair lessens, which makes the relationship less desirable to one or both. Let’s face it — real life that revolves around chores, jobs, details, finances, etc, it’s just not as sexy as meeting someone once a week for an afternoon of passionate lovemaking. Real life can’t compete with that kind of high.  Succumbing to the fantasy that the new relationship will be free of conflict or other emotional difficulties can be a setup for another failed relationship.

Someone once said something very profound on this:  “You don’t know what it is like to be married to someone until you are married to them.”  So true.  You THINK you know them. You IMAGINE what marriage will be like with your Affair Partner, but the reality is that you really don’t!

3.  The weight of expectations.   When you have left your spouse, and maybe kids, for your affair partner, your life is thrown into chaos. You’ve left havoc in your wake.  You are probably stressed out and facing difficulties more numerous than you imagined.  You feel tremendous guilt over what you’ve done, even if at some level you feel justified and it was the “right thing”.

Therefore, there may be the feeling that anything that cost that much emotionally had better be worth it.  The greater the sacrifices, the greater the expectations for the new marriage.  You may believe that everything will be perfect just as their affair was.  Unfortunately, what you may find is the ordinariness of real life.  The more people enjoy the battles involved in wrecking and escaping marriages, the less they are likely to enjoy the business as usual of the new marriage.

4.  The social stigma associated with marrying your affair partner. Frequently, family and friends will side with the betrayed spouse and will never accept the affair partner into their lives. And that’s a burden to the relationship. An embarrassment to both partners that perhaps best be avoided by not staying with this person after one or more of the partners gets divorced.  Oh, yeah, and your children, no matter what age they are, will not approve and will likely hold this against you more or less permanently, adding further to your stress.

5. And in other cases, I suppose it’s because people often use affairs as part of an “exit strategy” out of an unhappy marriage, but not the person they want to necessarily be with after they divorce. The affair is a way of testing the waters to see if there is something better out there. But once out of the marriage, the former married cheater does not wish to jump straight into an exclusive anything with anyone. They would rather be free, for at least a while, or maybe forever (I’ve heard many divorced men say they will never marry again — that it’s not worth it). And therefore, their affair partner is not what they desire once freedom is obtained.

So if you current cheaters or single affair partners have this fantasy in your head, let it go.

It’s fools’ gold. An Illusion. Your odds are almost better to win Powerball than to end up “happily ever after” with your affair partner. You might as well wear “I’m Stupid” on your forehead.

So before I start getting comments from people how THEY have been married to their affair partner for 10 years, or know someone that has – let’s be clear:   Some affairs DO end up in successful, legitimate relationships, including marriages.   Especially among those who married young and to the wrong person for them. Who were in a fairly loveless/sexless/disconnected marriage that they stayed in out of obligation for years, and now that they are more mature and know what they want out of their remaining years, they are probably in a better position to have an exit affair with the “right person” to be happy with. Yes, it happens.  Just not often enough to sustain the fantasy, I’m afraid.  It’s rare.  Exceptions don’t disprove the rule.

If you are in an affair, assume it will end. And badly. And with you being hurt. Don’t stay because you are “meant to be” — it’s just too rare to count on.

31 thoughts on “How Often Do Affair Partners End up Marrying and Happy?”